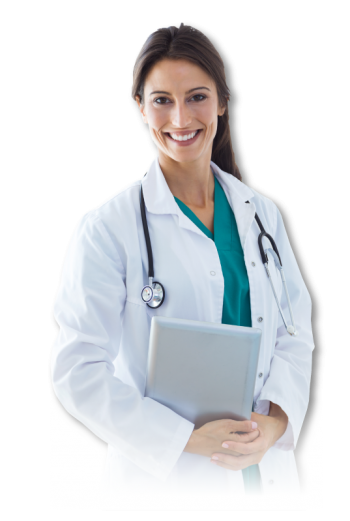 Benign prostatic hyperplasia (BPH) is the most common prostate disease, about 25% of urologists work to treat BHP. Benign (non-cancerous) enlargement of the prostate is caused by the growth of new prostate cells.

Weakening of the urine stream, difficulty starting urination, incomplete bladder emptying, frequent urination (day and/or night), urinary urge that cannot be suppressed. From epidemiological studies it is known that there are racial and genetic predispositions and that lifestyle and diet have some influence. Although histological signs of hyperplasia are already present in men in the fourth decade of life, BHP is of clinical significance only if LUTS (lower urinary tract symptoms) and clinical signs of subvesical obstruction occur.

Diagnosis is made by measuring prostatic specific antigen (PSA) levels in patients with suspected BHP, and this analysis should be done on an annual basis in all men after the age of fifty-five, and especially in those with LUTS. Upper PSA normal limit is 4 ng/ml. The PSA value in this range does not rule out absolute certainty for cancer, especially for men under 60 years of age. PSA values above 10 require prostate biopsy to rule out prostate cancer. Values between 4 and 10 ng/ml are known as the „gray zone“ and then the decision on a possible biopsy depends on the age of the patients, findings on rectal examination and history, primarily on the data on the existence of prostate cancer in relatives.

Complications resulting from BHP can be urinary tract infections that are difficult to treat and often recur, urinary retention, blood appear in the urine, bladder and kidney damage (sand and stone formation), urosepsis. Therefore, it is very important to start therapy promptly to prevent the progression of the disease. BHP therapy and treatment is performed by a urologist after diagnosing the disease. In addition to taking recommended therapy, a moderate lifestyle and diet is recommended, the diet should be varied, rich in vitamins, moderately salty and spicy. It is important to avoid sitting and lying down for a long time, strenuously walking and cycling, it is important to urinate regularly, to avoid drinking large quantities of liquids at once, and to avoid drinking alcohol and cold drinks.

For most men, the only sign of a low sperm count is the inability to conceive a child (infertility). A couple is considered infertile if they fail to conceive after one year of regular relationships. If there is a hormonal problem in the background of impaired sperm production, you may have other signs, such as decreased body and face weakness, or problems with sexual function.

A basic infertility test involves at least two adequate sperm count tests. If any changes are observed, the patient is referred to a urologist for examination. The basic test of number, movement and size of sperm. The sample is obtained by masturbation after 2-5 days abstinence. The complete sample must be collected in a sterile container and analyzed 30 to a maximum of 60 minutes after administration. It is recommended to do at least two sperm count tests within few days before reaching any conclusion. If a problem is noted, the patient is referred to a urologist who then decides on the need for additional examination. In addition to sperm count test, which is the basic test, there is a need for other examinations in certain situations. Bacteriological tests, hormonal analyzes, additional sperm count tests and genetic testing. This brief overview of the possible tests used in the study of male infertility is intended only to indicate the possibilities that exist in the examination of potential patients. All tests are seldom needed, and depending on the needs of the tests, the urologist first decides. Unfortunately, no test is reliable evidence that there is a preserved possibility of fertilization. Despite all the analyzes done, it often remains unclear why one couple is unable to procreate.

Treatment for infertility can be medicated, surgical or combined. Therapy is conditioned by adequately performed diagnostics. In the last ten years, great progress has been made in the diagnosis and therapy of male infertility. Medication therapy has not changed significantly, but with the refinement of surgical techniques, especially with the introduction of microsurgery, the therapeutic possibilities have been significantly expanded in certain disorders, as well as their success.

Impotence or sexual dysfunction is a problem that a relatively large number of men of different ages have occasionally encountered. For most couples, it is only a short-term disappointment that can be overcome after rest and relaxation, but for many others, this problem becomes chronic and persistent. Male sexual dysfunction is a broad term and refers to:

Male sexual dysfunction is manifested by an inability to have a satisfactory sexual relationship. The most common is erectile dysfunction: the inability to achieve or maintain a firm erection that allows penetration. Medical assistance should be sought if the problem persists for more than six months and / or in more than 50% of attempts. Retrograde ejaculation is a disorder at the level of the bladder neck, when the sperm, instead of being pushed through the penis into the external environment, return to the bladder.

The first step in the diagnosis of sexual dysfunction is a detailed conversation with the patient in order to obtain detailed information about the type and nature of problems with erection, sexual habits and possible accompanying diseases.

If psychogenic impotence is detected, psychotherapy is performed. But, even in cases where there is an organic basis for impotence, talking to a psychologist or psychiatrist who deals with the problem can be very helpful, especially if both partners are involved. The aim of these discussions is to reduce tension in marriage, improve communication between partners and create a realistic approach in anticipation of the effects of other forms of therapy.

Characteristic symptoms for bladder stones are gait pain, blood in the urine, intermittent urine flow or burning during urination. Sand in the bladder causes an uncomfortable feeling and need to urinate. These pains are often accompanied by nausea and vomiting, sweating and fever. Urolithiasis is clinically most manifest between the third and sixth decade of life. Sand and urinary stones created in this disease usually spontaneously leave the body by urination. If their size grows and forms a relatively large formation (several millimeters in diameter), ureteral obstruction and a delay in urinary excretion from the kidney can occur, which can cause severe unilateral pain (colic) in the upper abdomen, genitals and groin and other symptoms such as weaker or stronger inflammation. Kidney stones can be of different sizes, shapes, colors, solids and chemical nature (inorganic and organic). The course of the disease itself can be complicated not only by symptoms caused by stone (pain, infection, obstructive uropathy), but also by complications that can occur in later stages of the disease (relapses, arterial hypertension, and kidney weakness).

Based on urinalysis and urologic ultrasound findings, the urologist will diagnose and prescribe appropriate therapy. In all cases related to the presence of these disorders, the doctor also recommends phytotherapy as part of modern pharmacotherapy: the introduction of a large amount of fluid in the form of urological teas with uroantiseptic, anti-inflammatory, spasmolytic and diuretic action, which help to reduce all the problems that accompany urolithiasis. After treatment for acute exacerbation, patients with urolithiasis are monitored on an outpatient basis. The recommendation of the physician is that such persons needs  preventive urine culture examination twice a year and a urological ultrasound examination once a year. Considering the fact that 50-60% of patients re-create stone, it is very important to take preventative measures: as much liquid as possible in the form of appropriate medicinal teas and appropriate physical activity.

This website uses cookies to improve your experience while you navigate through the website. Out of these, the cookies that are categorized as necessary are stored on your browser as they are essential for the working of basic functionalities of the website. We also use third-party cookies that help us analyze and understand how you use this website. These cookies will be stored in your browser only with your consent. You also have the option to opt-out of these cookies. But opting out of some of these cookies may affect your browsing experience.
Necessary Always Enabled
Necessary cookies are absolutely essential for the website to function properly. This category only includes cookies that ensures basic functionalities and security features of the website. These cookies do not store any personal information.
Non-necessary
Any cookies that may not be particularly necessary for the website to function and is used specifically to collect user personal data via analytics, ads, other embedded contents are termed as non-necessary cookies. It is mandatory to procure user consent prior to running these cookies on your website.
SAVE & ACCEPT